While my mother was visiting in 2012, I was looking for some tourist sights to show her. I decided to go to Pingxi since the Lantern festival was taking place at that time. Pingxi is famous for its paper lanterns but, although I had been there before, I had never actually seen a paper lantern, let alone flown one.

Pingxi is usually a laid-back town known for it slow lifestyle, but it is an extremely popular destination over Lantern festival. I opted to take a bus as trains turn into sardine cans at these times. The bus took about four hours to get there from due to the heavy traffic (I don't recall exactly, but I think it took about an hour to ride there during off-peak times.)


There’s a lot to see and explore around Pingxi. The aged narrow Pingxi Old Street around the train station is full of stores and vendors as well as well-preserved, historic buildings. The train only stops at the station every half an hour, so people can walk around on the train tracks and even release sky lanterns there.

Releasing sky lanterns is a traditional ceremony in . Legend has it that the sky lantern (also known as the Kongming Lantern) was invented by Zhuge Liang (Kongming), during the Three Kingdoms era, to use as signals in warfare. Long ago, the villages in Pingxi were often attacked by bandits. Sky lanterns were used to signal that was safe for residents who took refuge elsewhere to return home. Thus, sky lanterns are also known as "safety lanterns" or "prayer lanterns." Sky lanterns have lived on to become one of Pingxi’s major attractions.


Pingxi holds the Pingxi Sky Lantern Festival every year during Lantern Festival—which falls on the 15th day after the Lunar New Year. It is a large-scale sky lantern event where the masses of people attending write their wishes or prayers on sky lanterns and release them into the sky. Wealth, health, and happiness are on top of most people's wishlist. The annual Pingxi Sky Lantern Festival shows how well the New Taipei City Government has marketed local culture. They have made a big effort to promote it and turn it into an international event. It has drawn more than a hundred thousand tourists in the last few years.  Pingxi residents say that the profit they make during the Lantern Festival is worth a year’s earnings. This is an excellent mix of culture and tourism.
﻿
To see more of my photos of tourist spots in Taiwan, please visit http://imagesbykenny.com/

To learn more about interesting places and sights to visit in Taiwan, check out my list of Places to see in Taiwan
at 5:11 AM No comments:

One of my favorite temples around is the (緣道觀音廟). It is situated on a mountainous part of the . It has a wonderful atmosphere, with the simplicity of its design mixing perfectly with the tranquil surroundings.  The frugal, but elegant design of the temple is often mistaken for a Japanese Zen temple, which are influenced by Chinese architectural styles during that era. 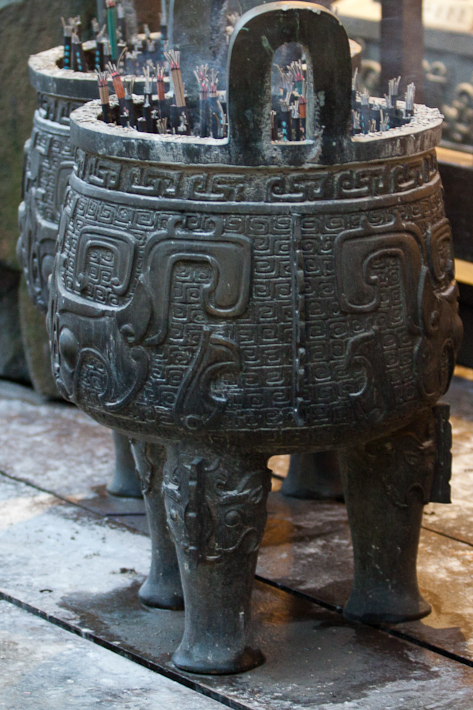 The is a four-story temple built in the Tang style. The temple displays a sense of ancient simplicity in the valley with its predominantly wooden features. Around the temple is a wonderfully landscaped outdoor relaxation area with a sleeping Buddha statue, 33 Guan-Yin stone statues, the monastery, stone sidewalk, and the Japanese garden, that bring comfort and harmony to one's body and mind.

The first things you see when visiting the are the grand wall cascade with waterfalls and the ancient temple gate, called " The Door to the ." 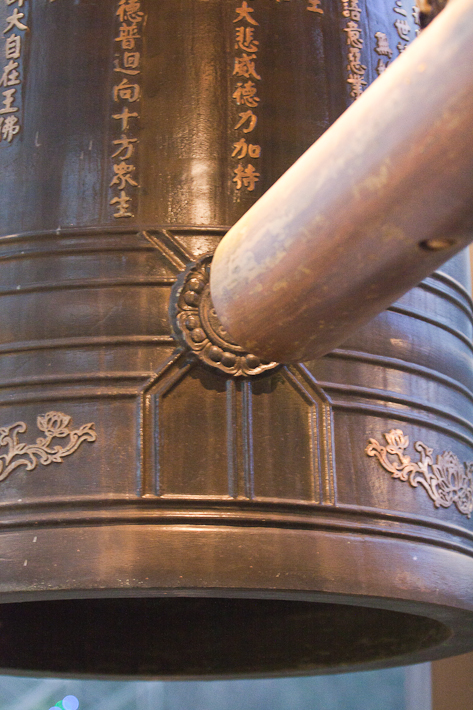 On the first Floor Worship Hall,  Da Zi Zai Wan Fo is worshiped, along with the four chief Bodhisattvas: Kuan-Yin, Wen-Shu, Dee-Tsang, and Pu-Hsien, and two great guardian Bodhisattvas: Wei-To and Chieh-Lan. On the right side of the hall, Yuan-Dao Bodhisattva, the second Patriarch of Forshang Buddhism is worshiped. 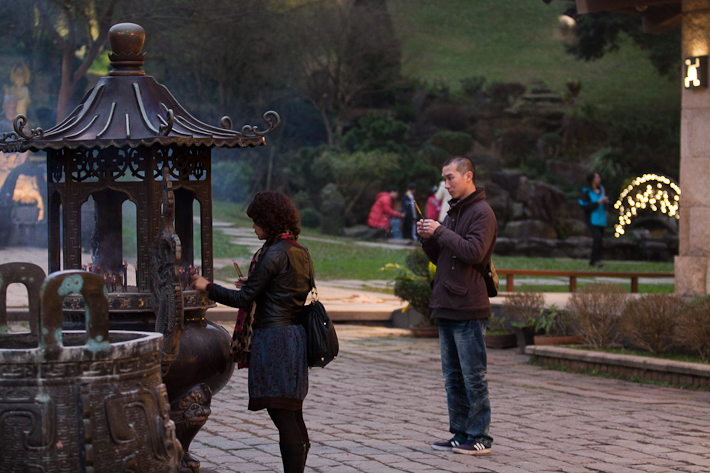 The "Potential-inspiring Pyramid" is made in the perfect ratio of a Pyramid. The totems of the universe drawn in four different colors on the pyramid are able to instantly uplift the four positive energies: Wisdom, Fortune, Health and Love.

The second floor displays all the holy relics—cremated beings where the “Forshang Deliverance Rice” was spread before the cremation of these people and animals, showing that the deceased beings have already been delivered to the . 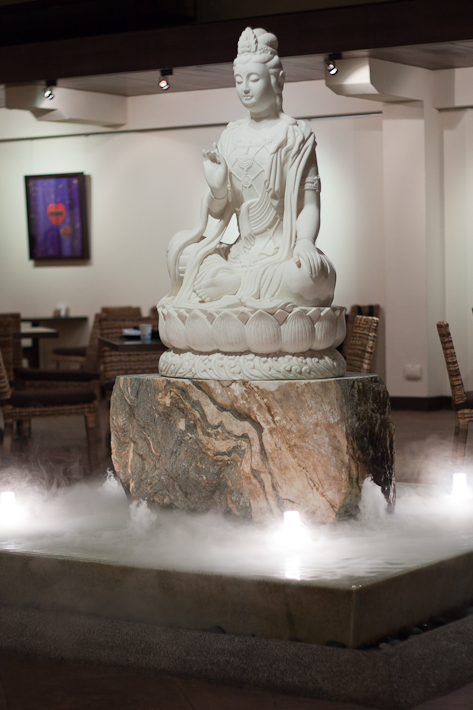 The provides an excellent interpretation service for visitors.


To see more of my photos of Taiwan, please visit http://imagesbykenny.com/

To learn more about interesting places and sights to visit in Taiwan, check out my list of Places to see in Taiwan

The co-ordinator for Scott Kelby's 2012 Worlwide Photo Walk, Craig Ferguson, chose Raohe Night Market as the destination for the walk. Raohe Street Night Market (饒河街觀光夜市) is located on Raohe Street in the Songshan District near the train station. It is one of the oldest night markets in, Taipei, Taiwan. Shilin being the only older market in Taipei.
© Photographer: Imagesbykenny | Agency: Dreamstime.com

Raohe Night Market is popular among tourists visiting . A unique feature of Raohe Night Market is the big red entrance—I haven't seen any other Taipei night markets with this type of entrance (Lehua built one recently, but it is just hideous).
To get to Raohe Night Market, go to Houshanpi(後山埤) MRT station and walk north along (中坡北路) to the intersection of and (永吉路). It's right after the Songshan Railway Station.
© Photographer: Imagesbykenny | Agency: Dreamstime.com

Raohe Night Market has a distinctly Taiwanese character. The market is about 600 meters long and has a wide variety of products and local foods. Some famous dishes there are oyster vermicelli, pepper meat buns, and stinky tofu. I tried glazed pork strips which despite having lived in for seven years had never heard about before. I highly recommend trying it if you this way. 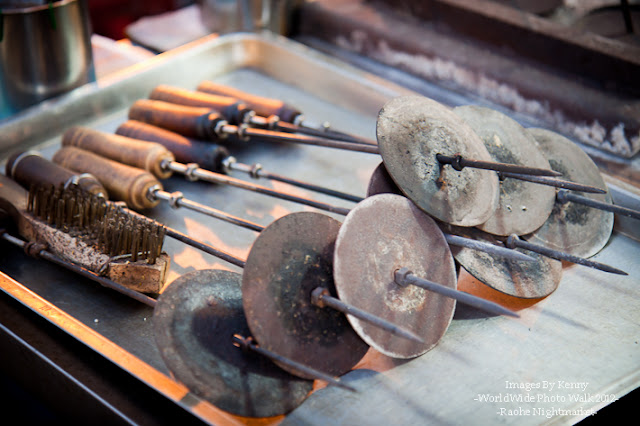 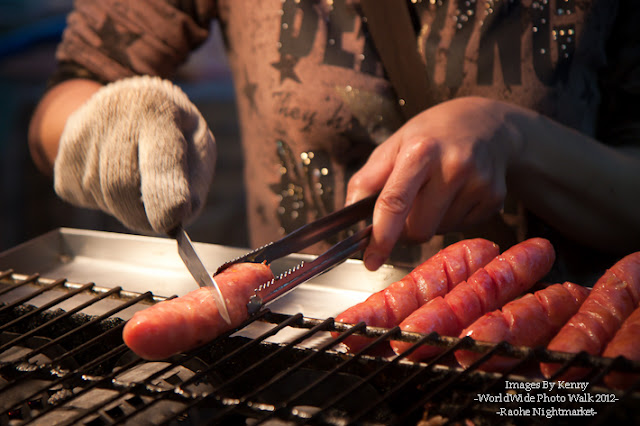 If you go down one of the alleyways, you come to Rainbow Bridge, which is a great place to sit and enjoy the night air and food from the night market.


To see more of my photos of Taiwan, please visit http://imagesbykenny.com/