Last weekend was time for Petite Frontier 18 at National Taiwan University. There was a bit of rain so attendance wasn't as good as my previous visits. But I still found some wonderful characters there.
All these shots were taken with a Canon 7D and Canon 15-55mm F2.8mm lens. The lighting was one Yongnuo YN-560II with a shoot through umbrella on camera right.

The assigned SS Agent to Kagerō, a Gashadokuro (large skeleton made from the bone of people dead from starvation) whose human form depicts her as a light brown haired (reddish pink in the anime) teenage girl. Though she appears to be "zoned out" most of the time, she's actually very clever, observant, and likes eating. Karuta shows special feelings for Watanuki, who is her childhood friend.
Near the end of Part 1, she was attacked and possessed by enemy youkai who began to use her for their own purposes. She asked Watanuki to kill her, as she could never return to human form. Watanuki yelled to her and told her that he would still be by her side, no matter if she couldn't return to human form. Although she was so happy to hear these sentiments, she was completely taken over by the enemy and was forced to be killed sometime after the raid. In Part 2, she has been reincarnated, and is currently 20-years old.

Adventure Time  is an American animated television series created by Pendleton Ward for Cartoon Network. The series follows the adventures of Finn (voiced by Jeremy Shada), a 14-year-old human boy, and his best friend and adoptive brother Jake (voiced by John DiMaggio), a dog with magical powers to change shape and grow and shrink at will. Finn and Jake live in the post-apocalyptic Land of Ooo. Along the way, they interact with the other main characters of the show: Princess Bubblegum (voiced by Hynden Walch), The Ice King (voiced by Tom Kenny), and Marceline the Vampire Queen (voiced by Olivia Olson). 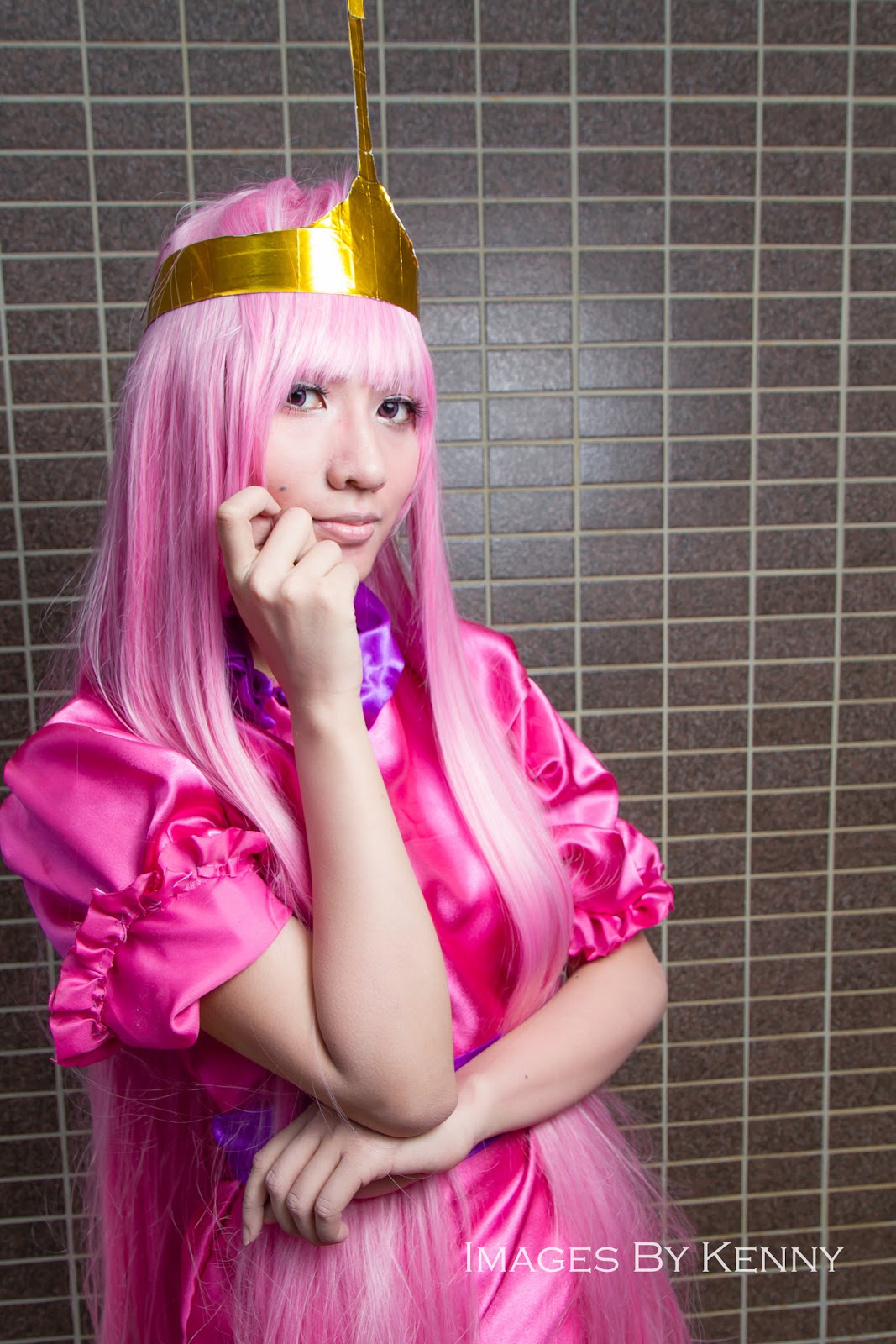 The series is based on a short produced for Frederator's Nicktoons Network animation incubator series Random! Cartoons. After the short became a viral hit on the internet, Cartoon Network picked it up for a full-length series that previewed on March 11, 2010, and officially premiered on April 5, 2010. The series, which is heavily inspired by the fantasy, role-playing game Dungeons and Dragons as well as video games, is produced via hand-drawn animation. Episodes are created through the process of storyboarding, and a sinAdventure Time cast records their lines together in group recordings as opposed to different recording sessions with each voice actor, and the series also regularly employs guest actors and actresses for minor and recurring characters.

Each Adventure Time episode is about eleven minutes in length; pairs of episodes are often telecast in order to fill a half-hour program time slot.  Ever since its debut, Adventure Time has been a ratings success for Cartoon Network. As of March 2012, the show is viewed by approximately 2 to 3 million viewers per week. The show has received positive reviews from critics and has developed a cult following among teenagers and adults, many of whom are attracted due to the series' animation and stories. Adventure Time has also been nominated for three Annie Awards, three Primetime Emmy Awards, and a Sundance Film Festival Award. In 2013, the series won a Motion Picture Sound Editors Award for the episode "Card Wars". In addition, the series has also produced various clothing and merchandise, video games, comic books, and DVD compilations. 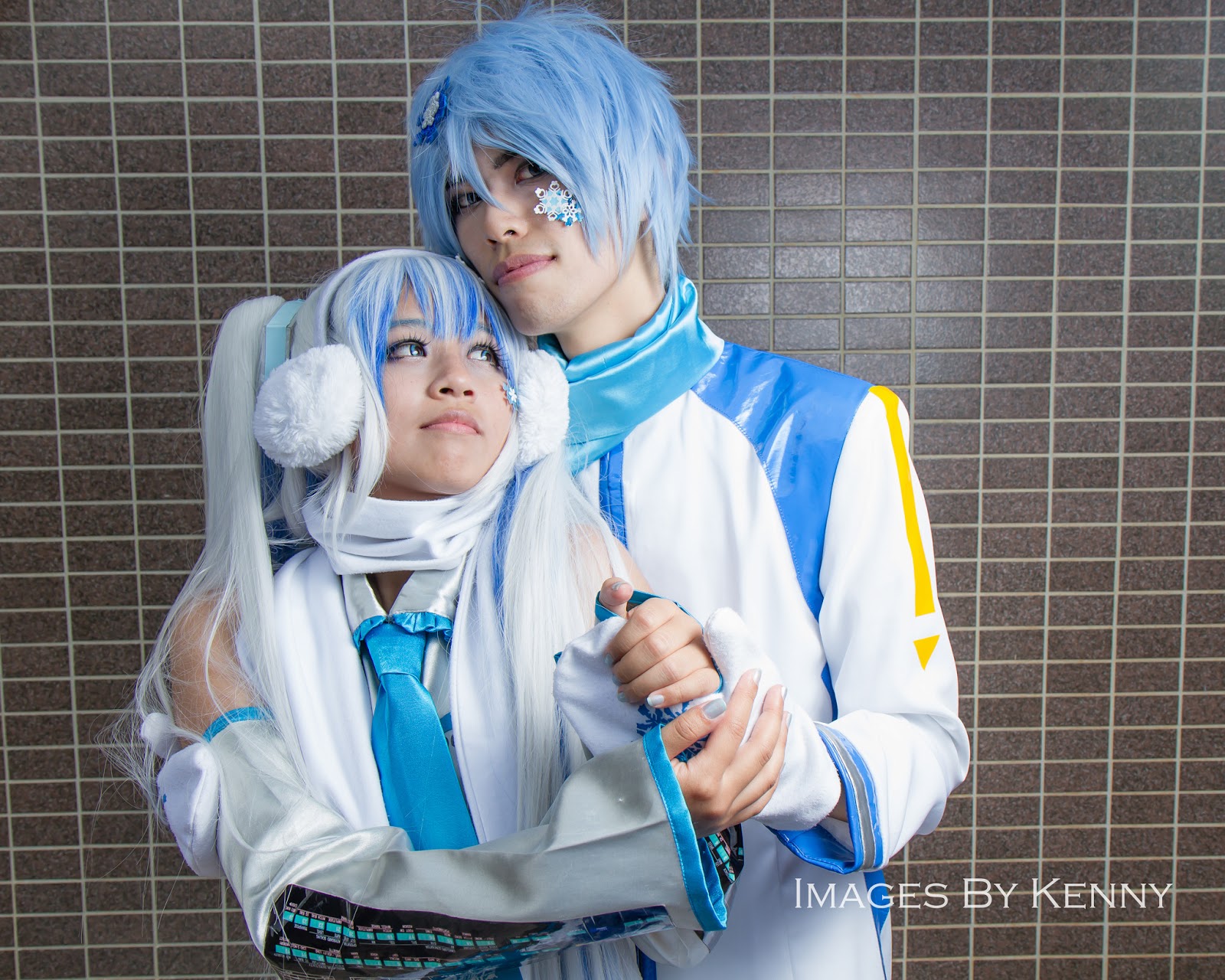 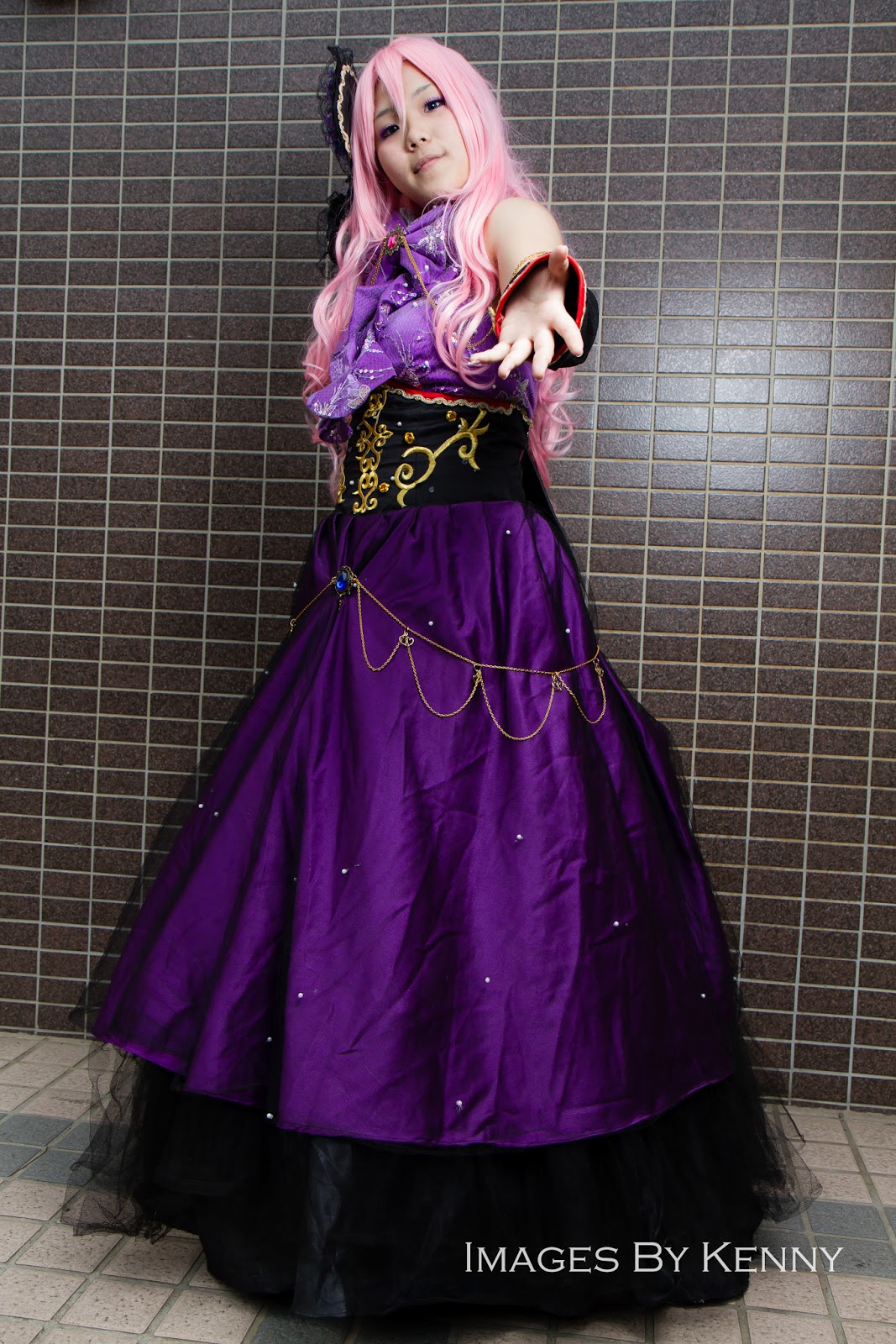 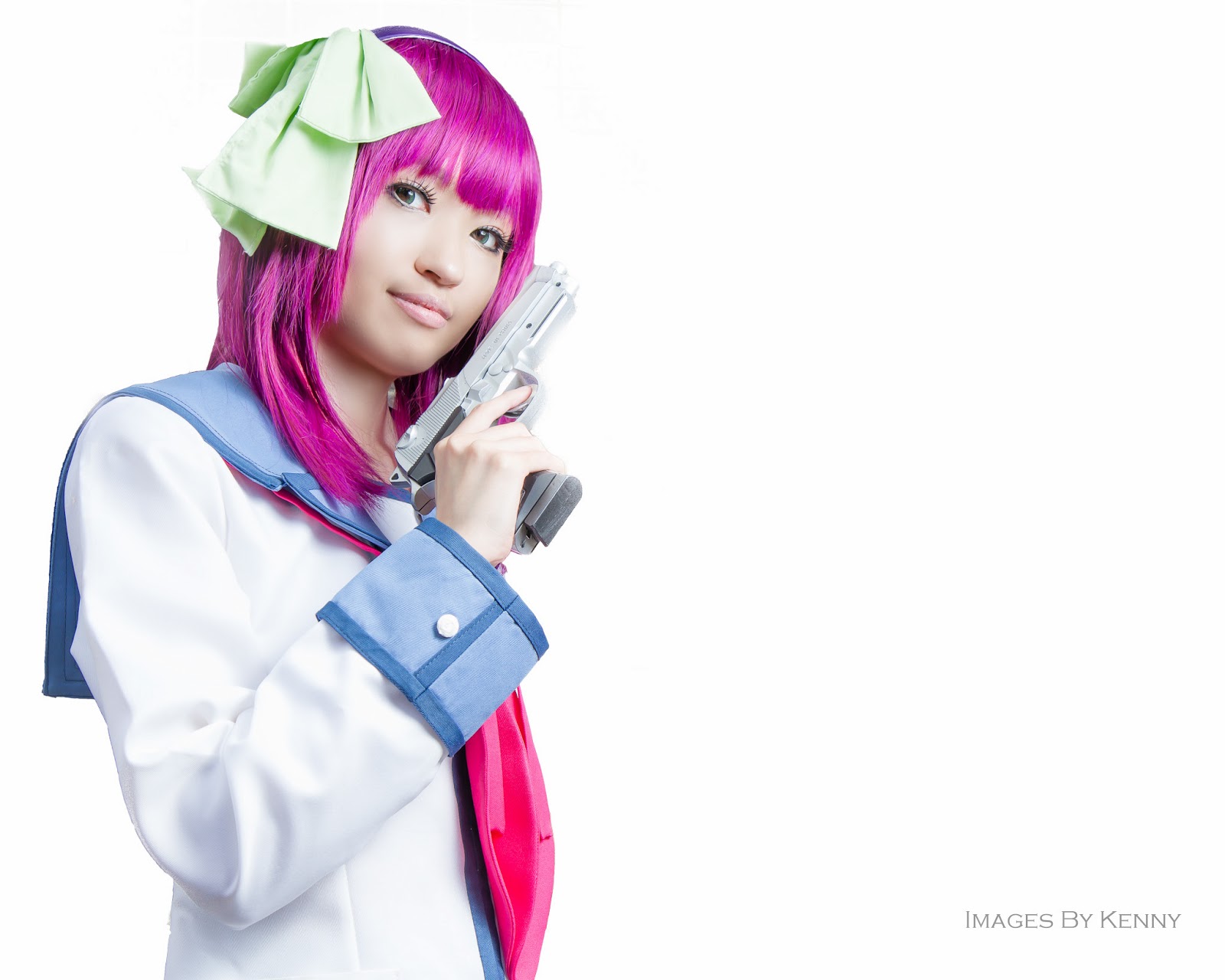 K-On! (けいおん! Keion!) is a Japanese four-panel comic strip seinen manga written and illustrated by Kakifly. The manga was serialized in Houbunsha's seinen manga magazine Manga Time Kirara between the May 2007 and October 2010 issues. It was also serialized in Houbunsha's magazine Manga Time Kirara Carat. The manga relaunched from April 2011 to June 2012 with two separate storylines published in Manga Time Kirara and Manga Time Kirara Carat. The manga is licensed in North America by Yen Press.
A 13-episode anime adaptation produced by Kyoto Animation aired in Japan between April and June 2009. An additional original video animation (OVA) episode was released in January 2010. A 26-episode second season, titled K-On!! (with two exclamation marks), aired in Japan between April and September 2010, with an OVA episode released in March 2011. Bandai Entertainment released the first season in North America in 2011, while the second season has been licensed by Sentai Filmworks. An anime film adaptation was released in Japan on December 3, 2011. The title of the series comes from the Japanese word for light music, keiongaku (軽音楽?), which in the Japanese context is similar to pop music.


Azusa Nakano (中野 梓 Nakano Azusa) is a student in the same year and class as Yui's sister Ui, who joins the light music club and becomes the rhythm guitarist, playing a Fender Mustang electric guitar. She eventually names her guitar Muttan, as it is a Mustang. She is a self-proclaimed novice guitarist who has been playing the guitar since she was in the fourth grade, and her parents are working in a jazz band.[34] She often finds herself bewildered by the tea parties and cosplaying aspects of the club, when she would rather just practice, and is curious about how the club is able to play so well despite their problems and lack of practice. However, she has a certain weakness for cakes and can be calmed down rather easily, sometimes by just being petted. She is constantly a victim of Yui's skinship and is nicknamed Azu-nyan after trying on a pair of cat ears and meowing ("nyan" being the equivalent of "meow" in the Japanese vocabulary). Despite this, Azusa is not too good with cats. Azusa has long black hair, which she wears in pigtails, and brown eyes. While Azusa is talented in guitar, she has trouble singing while playing unlike Yui and Mio.

In the band, she looks up to Mio the most due to her maturity and the fact that she is an experienced bassist, even trying to give Mio chocolate on Valentine's Day. However, she sometimes unintentionally makes remarks concerning Mio's weaknesses, such as her weight. She also finds Mugi very beautiful, and envies her hair and large eyes, and later starts teaching her how to play guitar when the two are alone in the club room. Since joining, Yui comes to her for advice on playing guitar, as well as maintenance.
Outside of the band, she often hangs out with Ui and Jun whenever the other girls are busy. When the others graduate, she becomes the new light music club president alongside Ui and Jun, who decide to join her. Together with two new members, Sumire and Nao, they form a new band called "Wakaba Girls" (若葉ガールズ Wakaba Gāruzu?, lit. Fresh Leaf Girls). During the Wakaba Girls' first summer training camp Azusa reveals to Sawako her belief that she is unable to act like a proper president for the light music club; however, Sawako suggests that there is no proper way to define what it means to be a president and that Azusa will do just fine. While on that same training camp Azusa is convinced by the others to become the band's vocalist despite her prior reservations on the issue.

Sakura Kinomoto (木之本 さくら Kinomoto Sakura) is a fictional character, the heroine of Clamp's manga series Cardcaptor Sakura. In the English anime adaptation of the series, Cardcaptors, her name is changed to Sakura Avalon.

Sakura is a ten-year-old girl who lives in the town of Tomoeda in Japan, where she attends Tomoeda Elementary School. An extremely energetic and cheerful girl, she is very athletic, being a member of her school's cheerleading squad and excellent at track-and-field activities. She lives with her father and older brother. Her mother died when she was three years old. She has a close relationship with her father, whom she adores. She never fails to greet her mother's picture in the mornings. She often fights with her brother, who teases her, but she truly cares about him. Sakura's smile is almost undefeatable and is what draws people to her.
Sakura's optimistic and trustworthy character allows her to be friendly with everybody, and the entire series focuses on the friendships she creates with people, whether strangers, loose acquaintances, or rivals. Her personality is a dominating factor in her relationships, especially with Tomoyo.
One of Sakura's most notable traits is her "invincible spell", "Everything will be all right" (絶対大丈夫だよ "Zettai daijoubu dayo"?), which has carried her through innumerable trials and obstacles as she masters her magical skills. While she often comes across as naïve, clumsy, and clueless, Sakura is known for her occasional moments of insight and sensitivity towards the feelings of others. Sakura is so innocent and naive that she fails to recognize Shaoran's feelings for her and unintentionally gets into trouble. Despite this, she retains a determined spirit and attachments to those she cares for.

Sakura's most sacred and important items are most likely her sealing wand and cards, since they are her main weapons in magic. Throughout the series, Sakura's magical powers get progressively stronger. This is mostly verified by Cerberus at random points in the series, as Sakura would otherwise appear to have equal expertise in each capture, when she summons Clow Cards. Throughout the Clow Card arc, Cerberus's comments seem to imply that Sakura's magic grows as she battles and captures more Cards. This is also implied in the corresponding anime. In contrast of this, in the second half of the series we are reminded of Sakura’s inexperience as she often collapses after transforming the cards. However, as she grows progressively proficient in changing Clow Cards into Sakura Cards, she becomes less tired and more aware of Clow Reed's presence. She also remembers more details about her prophetic dreams.
During the last of Eriol's trials, she is able to transform several cards at once. This sequence of events during the second arc is more or less true in the anime version of the series as well, with only a few changes made. The most obvious of these is that Yue (a character who, in the original version of the series is shown as becoming much closer to Sakura throughout Eriol’s trials to the point of accepting her at least as a valued friend) is shown throwing her a constant stream of criticism as a reminder of Sakura’s lack of experience. Another interesting change made in the anime variation is that, by end of the series, she subconsciously manages to create a new Card, the nameless card (which later becomes the Hope Card), which would later serve as a major plot point for the second movie.
After the Final Judgement, Clow Reed tells her that her magic is not drawn from the sun nor from the moon, but from her own star, which may start small, but is ever-shining with its own brilliant light. However, like Clow Reed's magic, Sakura's is a balance of sun and moon magic. Eriol gave half of his powers to Sakura's father, the other half of Clow's incarnation. This made Sakura the most powerful magician in the world, even surpassing her predecessor Clow Reed. 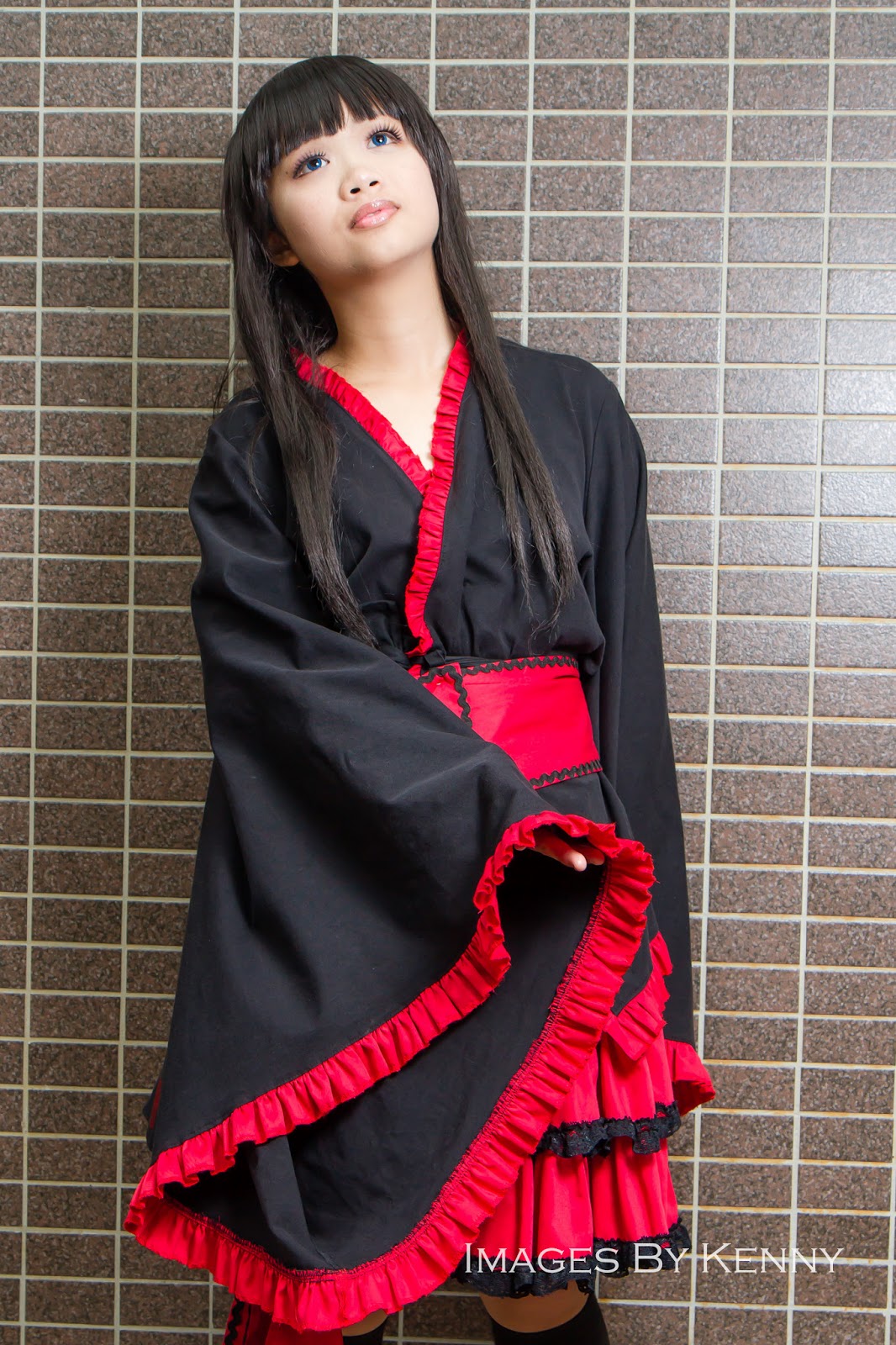 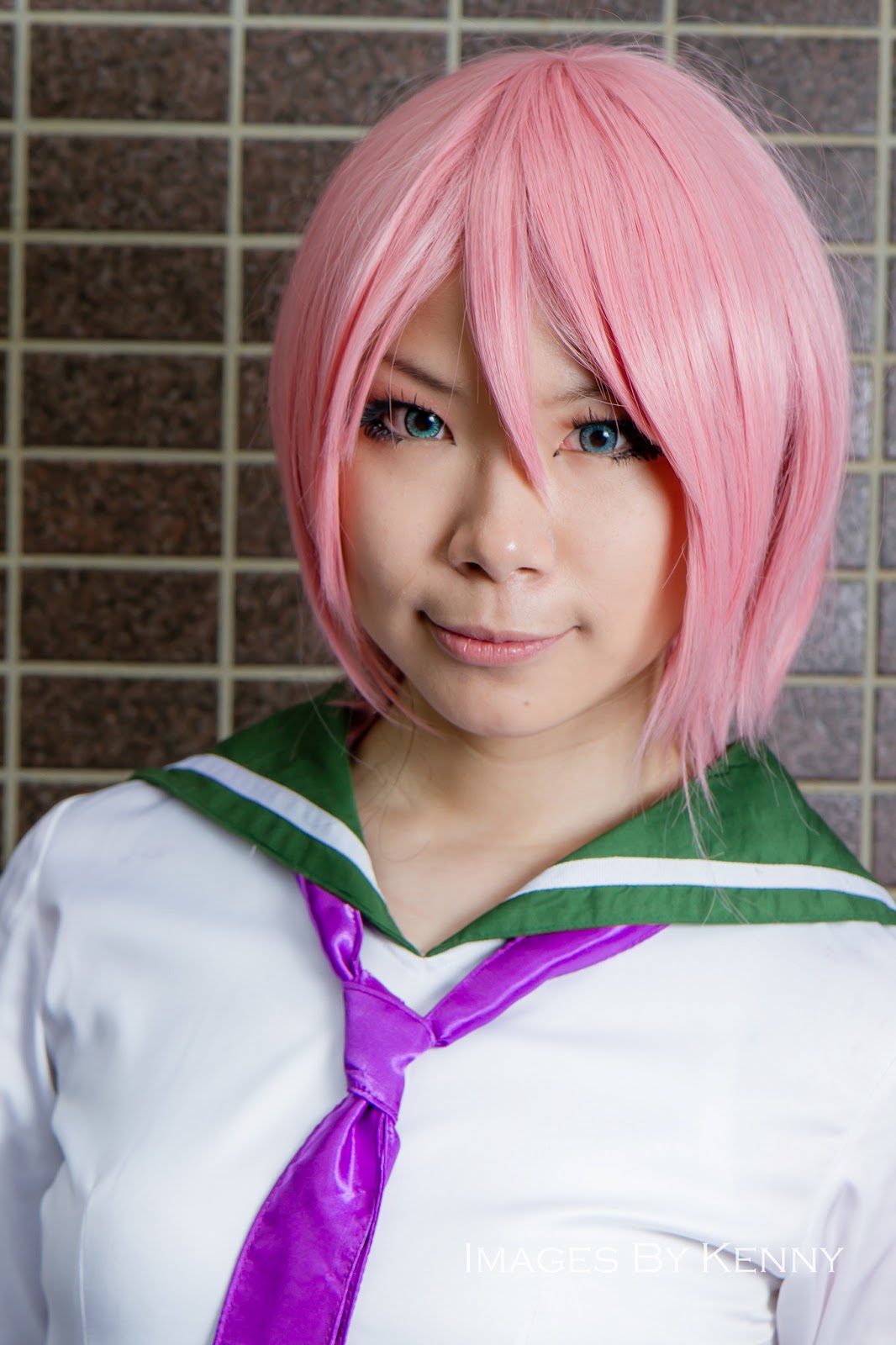 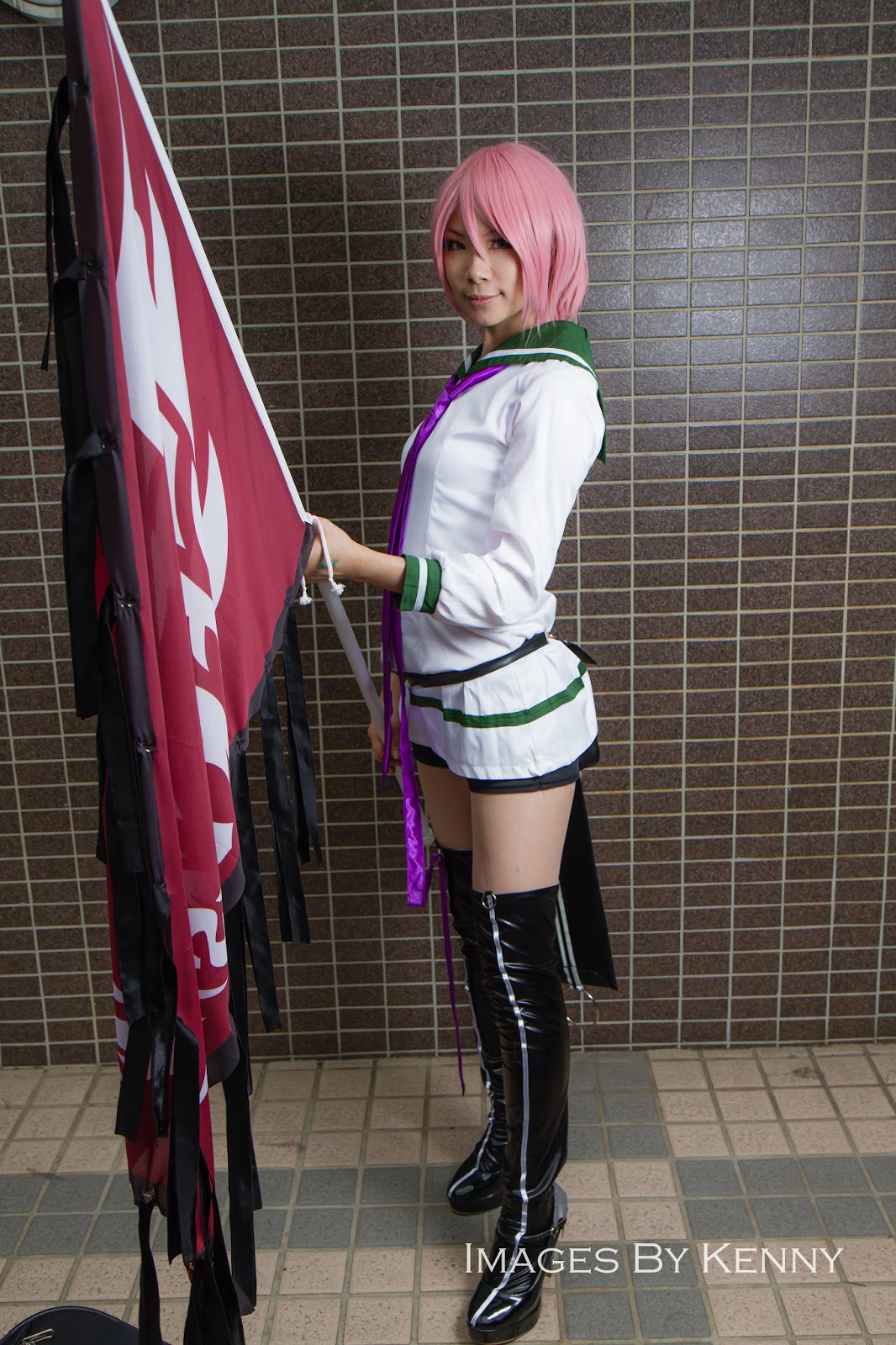 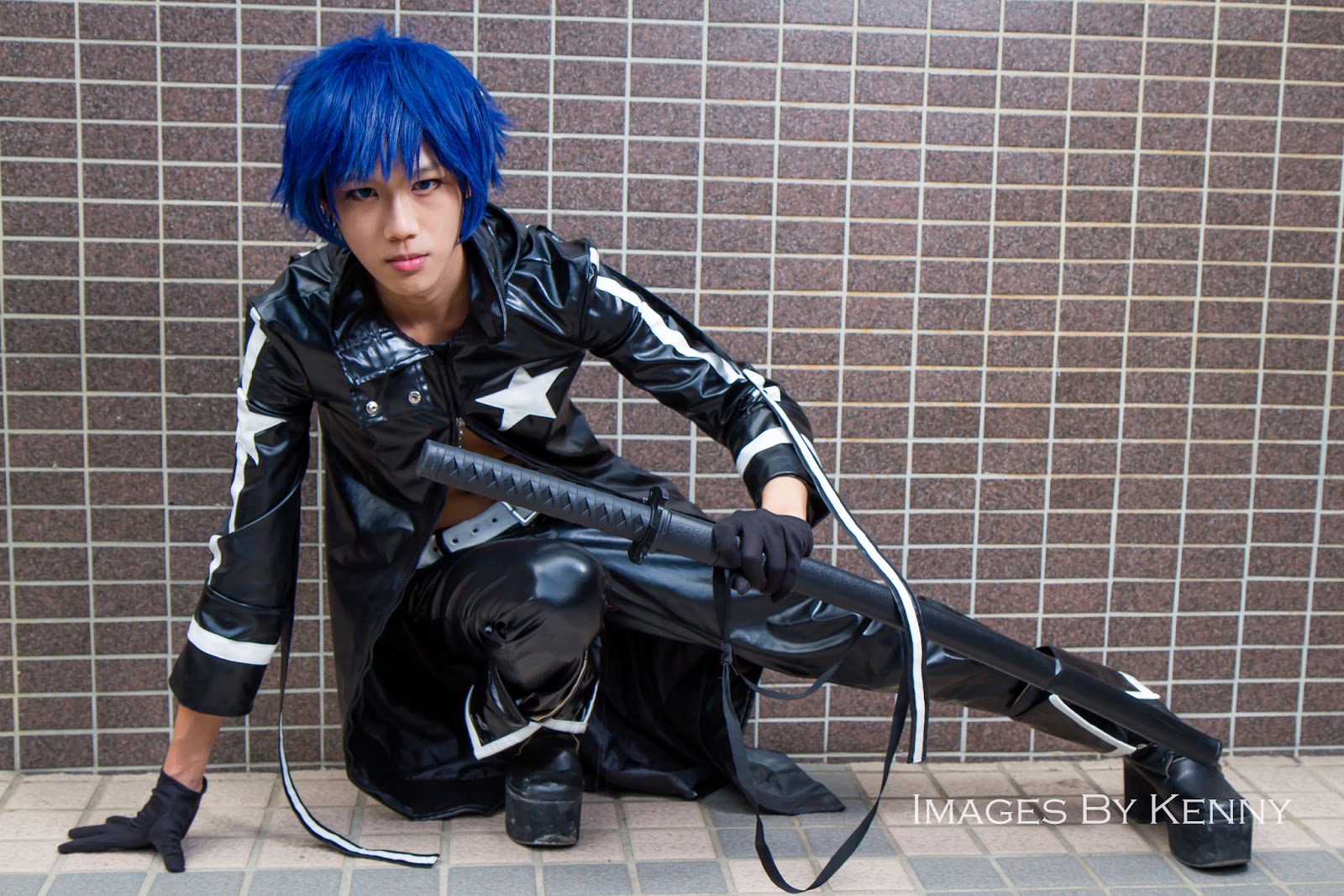 Character and program descriptions from Wikipedia

To see more of my photos of cosplay in Taiwan, please visit http://imagesbykenny.com/