After seeing the hyperlapse of CN Tower, I thought it would be a good idea to try that with Taipei 101, the second tallest building in the world. Shooting this with a square building proved to be a bit moredifficult than I realized.


I started of by using FreeMap Tools to draw a radius around Taipei 101. Then I checked the points
around the radius on Google Maps to see which points had a clear view of
Taipei. 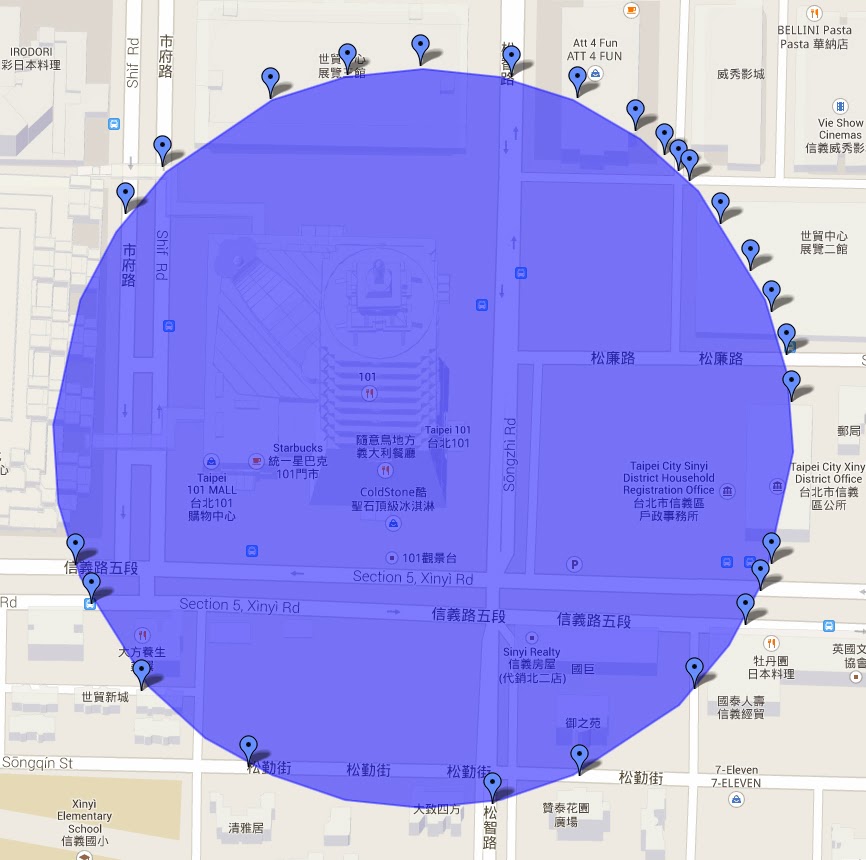 When I actually started shooting the points on the map turned out to have different perspectives, so I suspect that the radius tool may not have taken it from the exact center of the building. So I ended up going thepoints and judging by flipping through the pictures to check. There were some points where there were too many buildings at street level to shoot from, so I changed the perspective slightly.


Even though I had aligned the images to a grid while shooting, they were not perfectly matched, so I auto-aligned the images in Photoshop. This still didn't align 100%. So I did more manual alignment by drawing a straight line from the tip of 101 on a new layer, changing the opacity of that layer to 50% and then lining up each individual photo.

After all the alignments, all the photos needed to be recropped. Finally I added some blur on the foreground elements to add to the spinning motion. Thanks to Candy Glass Productions for the invaluable tips!